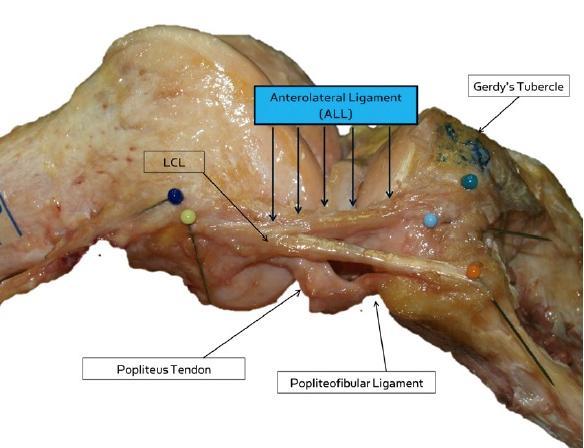 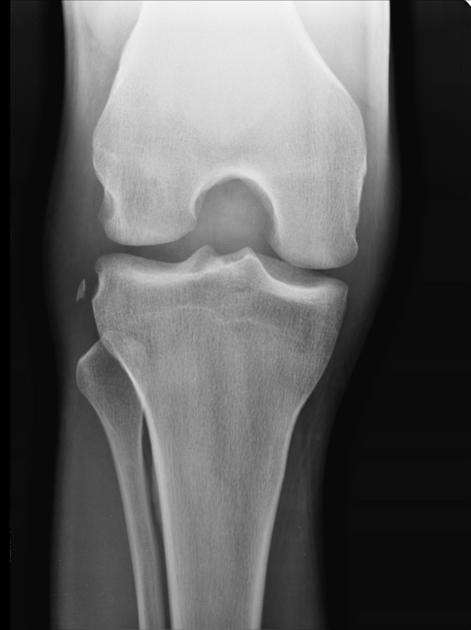 The small fleck of bone on the edge of the tibia is a Segond fracture, which is occasionally visible on x-rays following an ACL rupture

Anterolateral tenodesis, or anterolateral ligament (ALL) reconstruction is now increasingly being performed to provide extra stability in conjunction with an ACL reconstruction – a “belt and braces” approach which may reduce the risk of re-rupture. There are a variety of techniques, and evidence now shows that several of these techniques now significantly improves the rotational stability of the knee. Some of these techniques use a harvested tendon, such as a hamstring, and others use a segment of the iliotibial band (ITB). More so than the choice of graft, the position of the reconstruction has been shown to be the biggest determinant in providing stability. Studies have shown that the best reconstructions run from Gerdy’s tubercle to the lateral femur, and are not exactly along the course of the ALL itself. 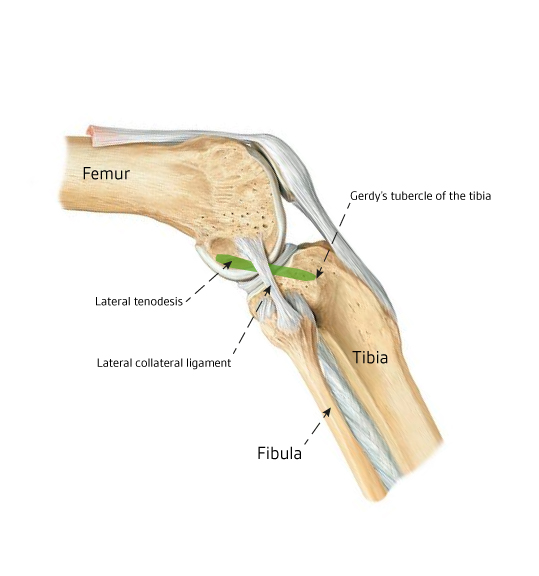 This lateral view of the knee shows the lateral tenodesis (green) running from Gerdy’s tubercle, underneath the lateral collateral ligament, to the lateral wall of the femur.

Anterolateral tenodesis is added to an ACL reconstruction whenever added stability is required. This is usually in patients with severe rotational instability on pivot-shift testing, or in cases of revision of a failed ACL reconstruction. The operation is well tolerated in terms of pain and stiffness, and does not have much added effect on recovery time. Care must be taken by the surgeon not to over tighten the reconstruction, in case it over constrains the knee in rotation.

By no means does every patient require this surgery with their ACL, but it can add stability and protect the ACL reconstruction in selected patients.

Send us an email and we'll get back to you, asap.